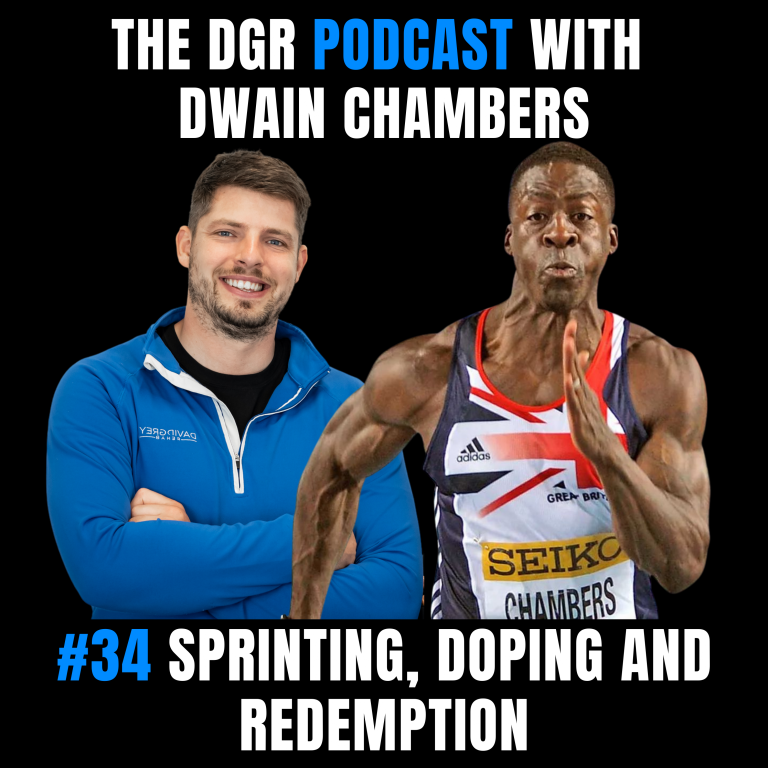 In this episode of the David Grey Rehab Podcast, I welcome Dwain Chambers, the award-winning British track sprinter, performance and fitness trainer, and Founder of Chambers for Sport. Dwain is a prime example of the notion that there is life after you experience failure or make a mistake. He believes that no matter what happens in your life, you can get back up, and he’s here to share about the experiences and mistakes led him to that powerful belief.

“Sport only lasts for so long and there’s always a life after sport. And more importantly, sport builds a person that can send the right message, be the right role model, and carry the right philosophy outside of sport. I chose to bypass that and wanted to get there quicker than anybody else and it was costly.”     – Dwain Chambers

Listen in as we talk about the highs and lows of Dwain’s career as a sprinter, the preparation that went into his races, the lessons he learned from getting suspended after taking performance enhancers, and much more.

You’ll learn about the intimidation tactics sprinters use before racing, the sports Dwain tried while on suspension, and what it’s like to race against Usain Bolt.

11:31 – Dwain breaks down his career: His biggest nemesis, the downsides of taking performance enhancers, & why he has a strategy for winning, losing, and recovering from an injury.

22:57 – How did you cope with getting suspended? How do you keep training when there’s no end point in sight?

42:51 – The injury that changed my biomechanics

52:51 – How Dwain prepares for sprint races & Intimidation tactics sprinters use

“Live where your feet are.”  – Dwain Chambers

If you enjoyed this podcast, SHARE it with a loved one and RATE/REVIEW it on Spotify or Apple Podcasts!

Visit the DGR INTERACTIVE platform and use Code DGRPODCAST for 20% off!

Race Against Me by Dwain Chambers

Check out our programs

Dwaine Chambers is a British track sprinter who has won international medals at World and European levels and is one of the fastest European sprinters in the history of athletics. His primary event is the 100 metres, with a best of 9.97 seconds, which ranks him fifth on the British all-time list. He’s currently a performance and fitness trainer as well as Founder of Chambers For Sport.

Learn more about Chambers for Sport